The problem with traditional amplifiers are the amount of heat generated per unit of consumed energy. Class A amplifiers have the worst efficiency. At best as much as 70% of the energy consumed is wasted as heat and only 30% of the energy consumed is used to drive the speakers. Some hardcore audiophiles swear this is the best topology since it results in the least amount of distortion, due to the fact that the "switches" are always on.

Class D theory has been around for decades. However it's only the availability of recent technology of cost effective semiconductor switches MOSEFTS that operate at high frequency that have made this topology a reality for commercial based applications. Class D audio amplifier topologies are typically around 90% efficient. 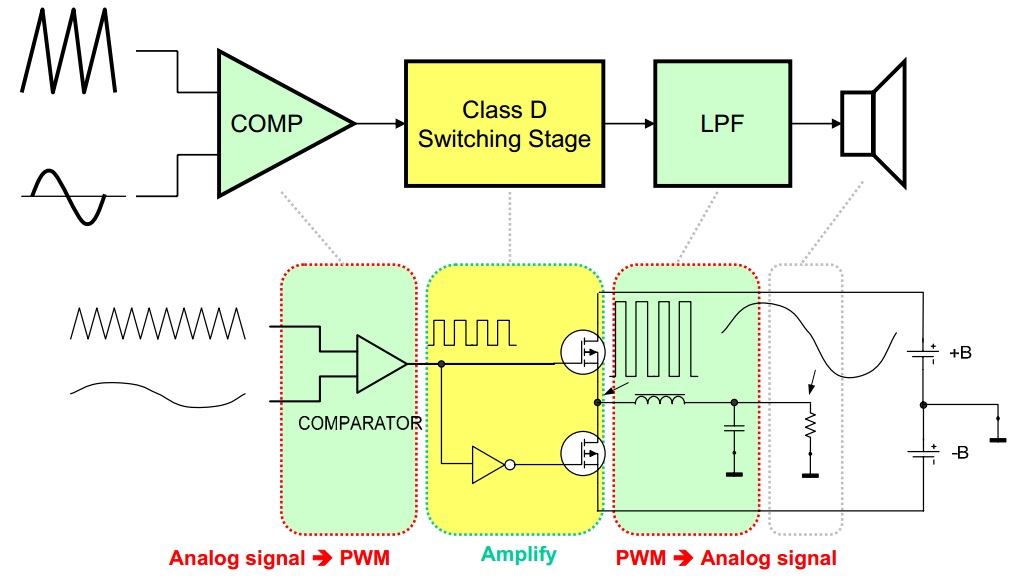 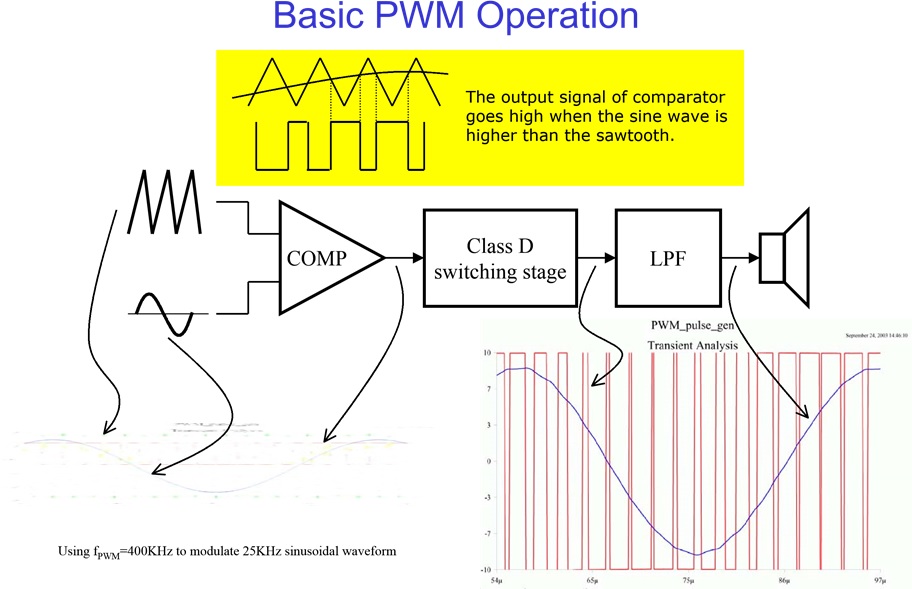 The Class D topology is not a silver bullet. It has its own unique problems.

1. The output low pass filter has a poor rolloff typically second order 20dB per decade. This makes EMI a potential nightmare. This EMI/RF propagates through the speakers cables. The cables effectively act as an antenna radiating this as RF energy, potentially causing interference with radio equipment. It would be interesting to look at the radiated emissions using a Spectrum Analyser.
2. Inherently lower damping factor, than class AB amplifiers. The IRS2092S reference design  damping factor is rated at 120 @1kHz & 4 ohm.
3. Bus pumping in half-bridge stereo mode (IRS2092) . Most common at low frequency input signals. This puts energy back into the supply rails. This is a reason why this class D reference design requires a good regulated power supply. In addition more capacitance on the supply rails reduces this effect.
Note there is no bus pumping effect when operating the amplifier in mono full-bridged mode.

Thanks to International rectifier there are now many Class D amplifier modules based on the IRS2092 available at a very modest cost. This gives the DIY'er great performance for the cost.
After looking at buying a Class D kitset, I was tempted to purchase a complete kit from www.classdaudio.com. Their kit and build quality looks top notch. Their kits are supplied with large mains toroid transformers, and rectifier and smoothing board.
I am led to believe these designs are based off the International Rectifier IRS2092 reference designs. So how much better can they be than a reference design module? well the SDS kits offer balanced XLR inputs. I don't see the advantage of using an XLR input if you are running a short distance under 1m from the pre-amplifier to the amplifier. For long runs like an event or a music studio sure but for home use its overkill.

This got me thinking I can build one myself if I can source a suitable power supply, Class D amplifier module and enclosure.

NOTE:
One other point to note,  this particular amplifier is suitable for speakers with impedance's between 4-8ohms. With a preference towards lower impedance's. Higher impedance's may cause stability issues.

1. The IRS2092 reference design is made for 1 VRMS full scale input signal. This is usually too much for most sources, and as a result full power is reached too soon.
2. Solution change the voltage gain of the amplifier. Stock voltage gain is 39. I changed R7 from 3k to 6.2k. This changes the gain to 19.9 (just over half the gain). What this means in that the input signal can now handle a full scale signal of 1.96V RMS (lets say 2V RMS) line voltage levels. The other advantage of this is that it effectively doubles the input impedance to the IRS2092 (6.2kohm). Make sure that your pre-amplifier has a output impedance of 600 ohms or lower using the factor of 10 rule of thumb.
3. DC blocking capacitor CP1 can be removed (and replaced by a wire link) from both channels if you are certain, you have no DC offset at the output of your pre-amplifier / source. 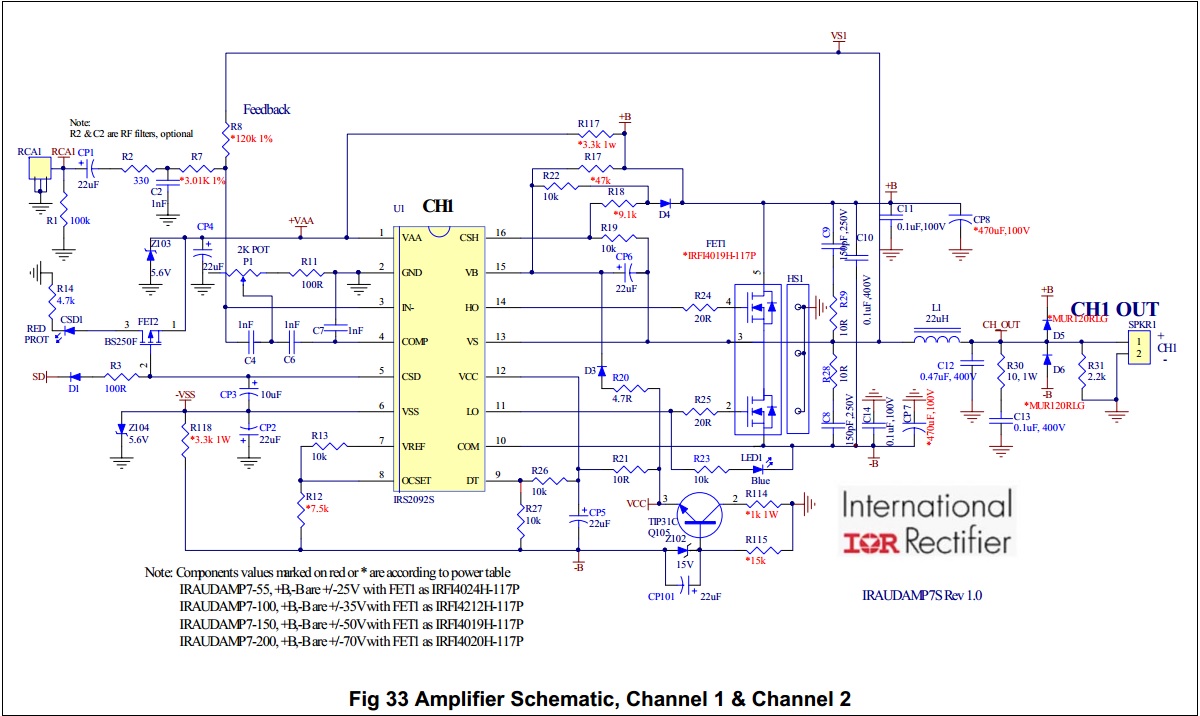 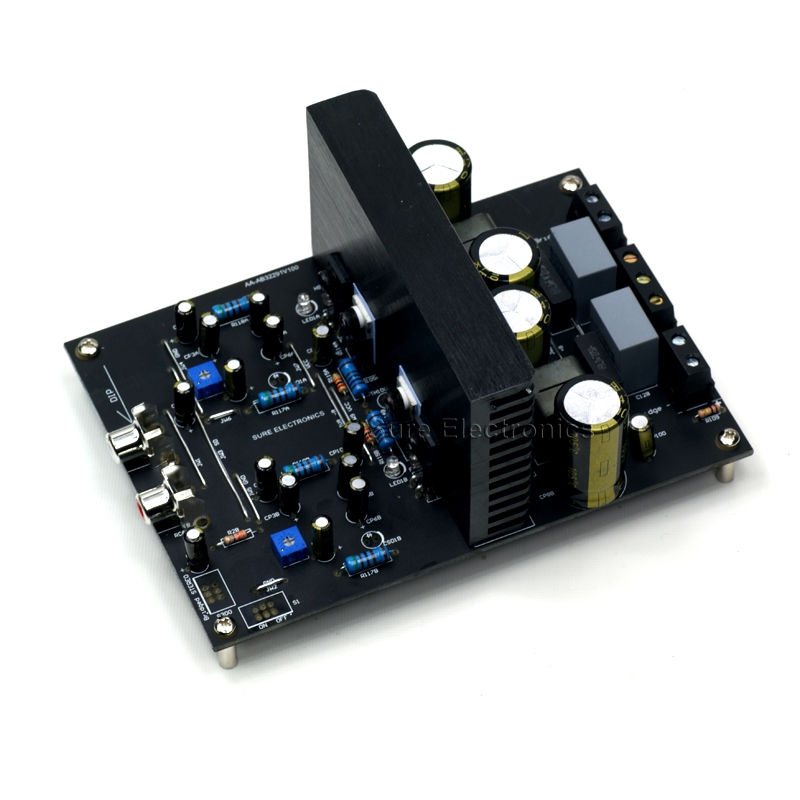 I settled on a Connexelectronic 500W SMPS, -/+60VDC regulated power supply.
SMPS500R
The major advantage of using a SMPS unit instead of traditional mains to secondary transformer then rectification and storage / ripple smoothing capacitor banks is the WEIGHT and SIZE!
The SMPS measures 100 x 100 x 40mm high. At only 400grams. 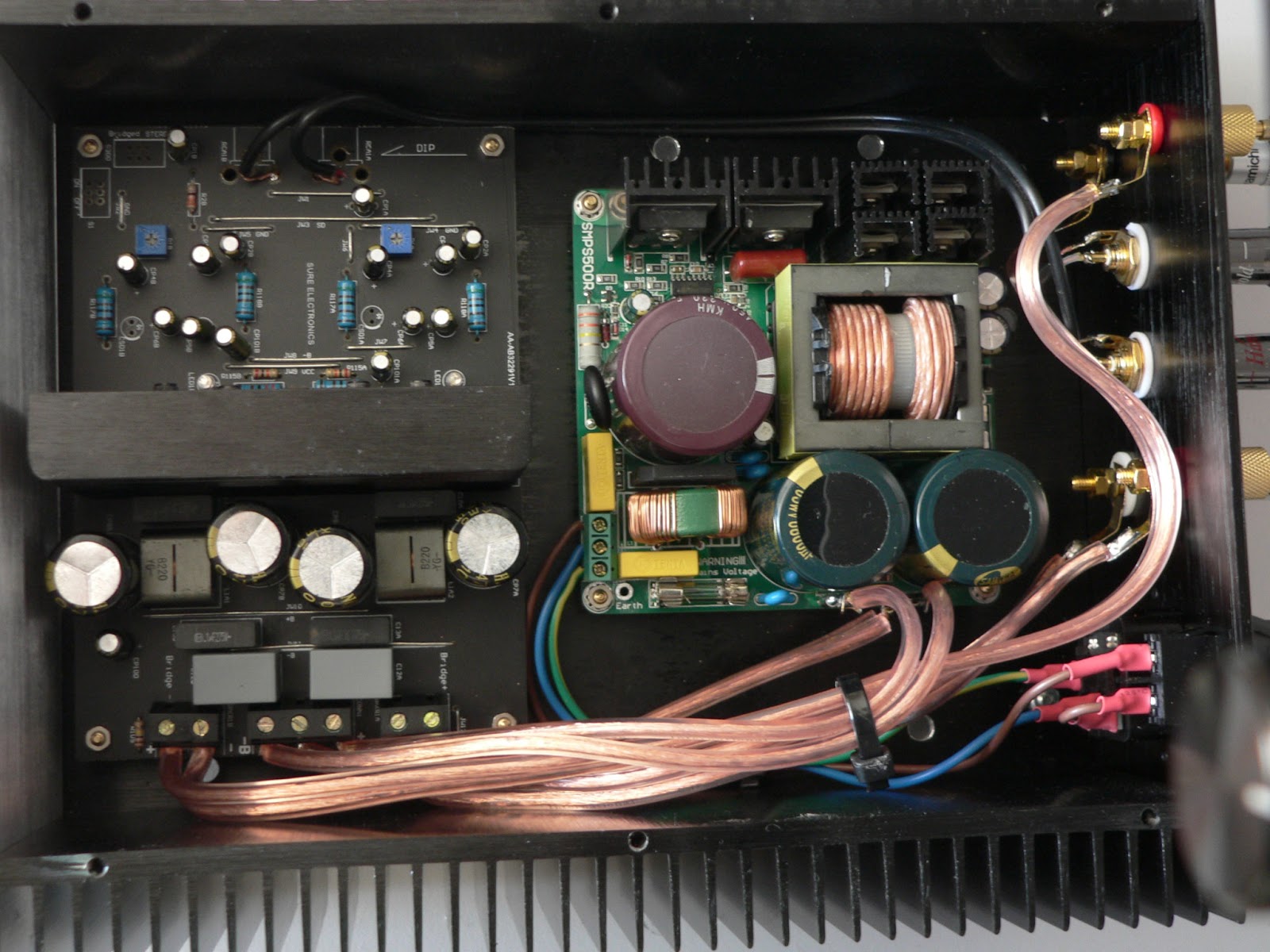 Fairly simple to put together the hardest part is drilling out the holes for the connectors, cut out for the power switch and PCB mounting holes and chassis feet, plus some extra holes to allow some air through. 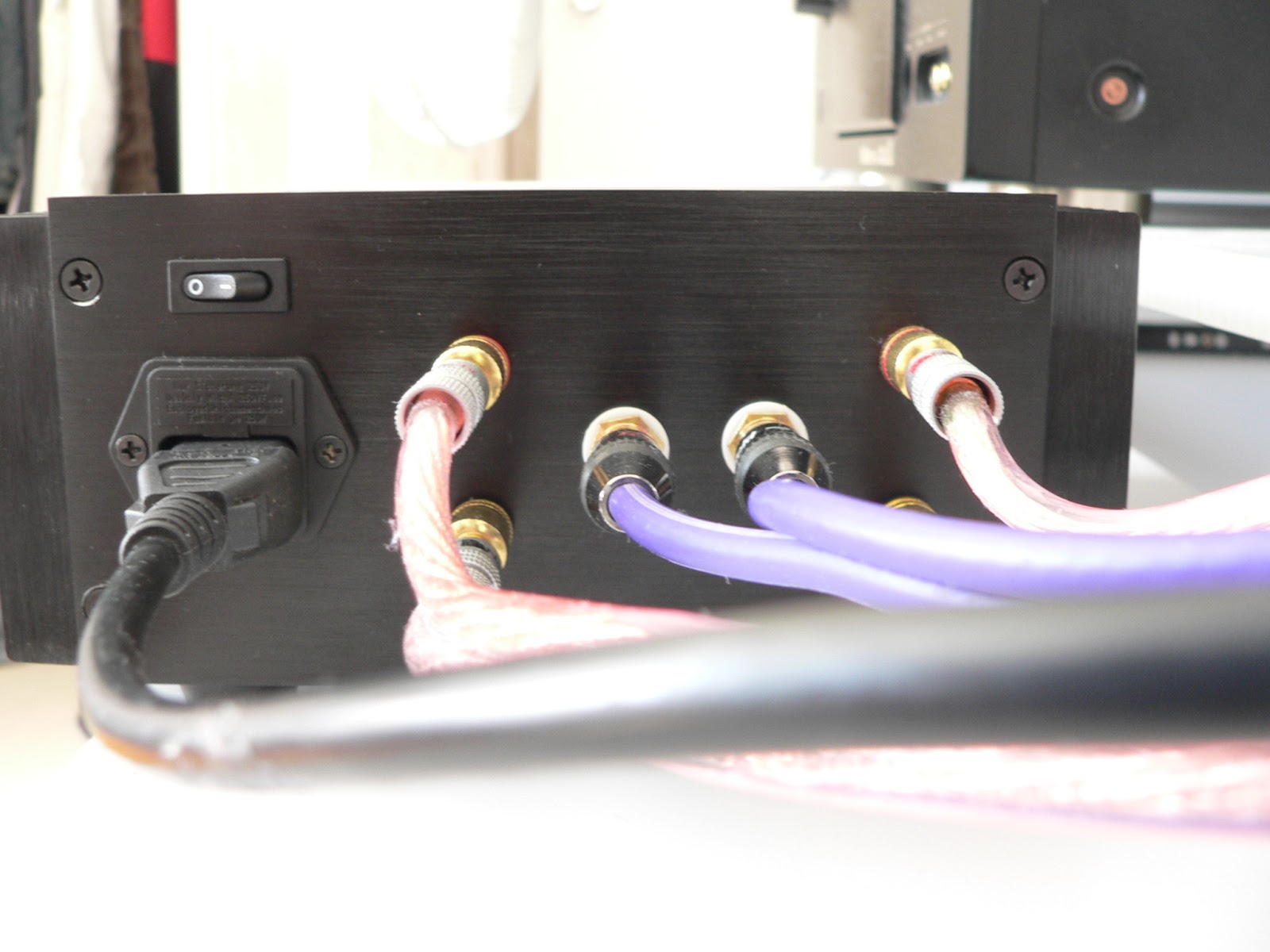 Make sure that the power switch is mains rated and is switching the phase (live)! and also that the chassis is connected to the mains earth. If you have not had any exposure to working with mains voltages, this is not a project you should be attempting. 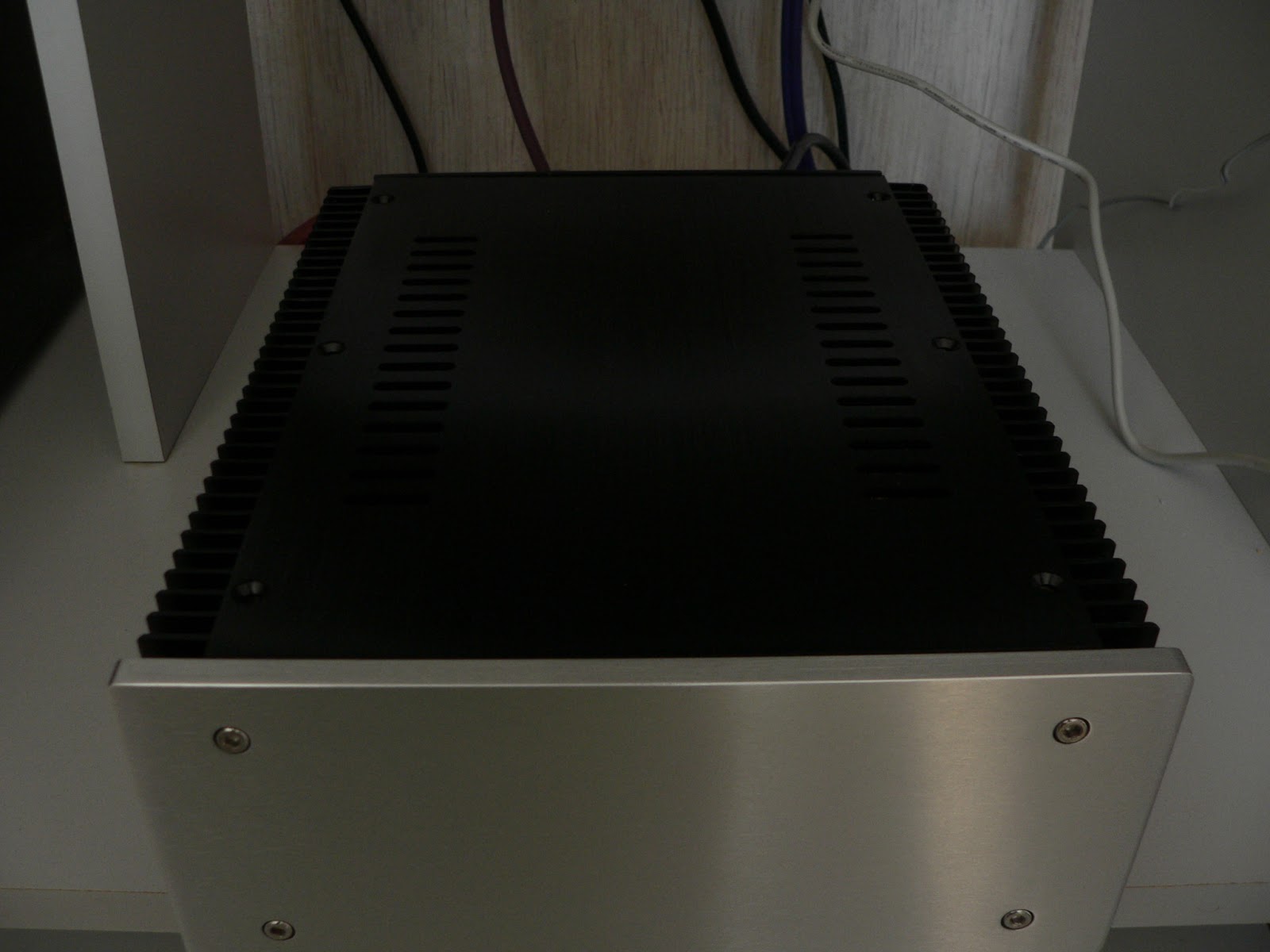 Minus the top plate screws. Testing still in progress.

For 250NZD I was able to build this amplifier. This is my first experience with a Class D audio amplifier.
Surprisingly it sounds great! definitely worth my time and effort. My impression comparing it to my Modified Marantz class AB amplifier - The lower end bass appears to be ever so slightly tighter and hit a little harder. Otherwise the sound quality appears to be of a very similar nature, I can't hear any other differences.

I like when there is no input signal,music being fed into the amplifier, it goes dead silent.

I really dig the temperatures from this amplifier, compared to a Class AB amplifier. You get great quality sound with better energy efficiency, and if using a SMPS power supply a lightweight solution. The weight of the finished amplifier is around 3kg. Most of it is the rather solid aluminium enclosure sporting left and right side heat sinks and a solid front aluminium panel.